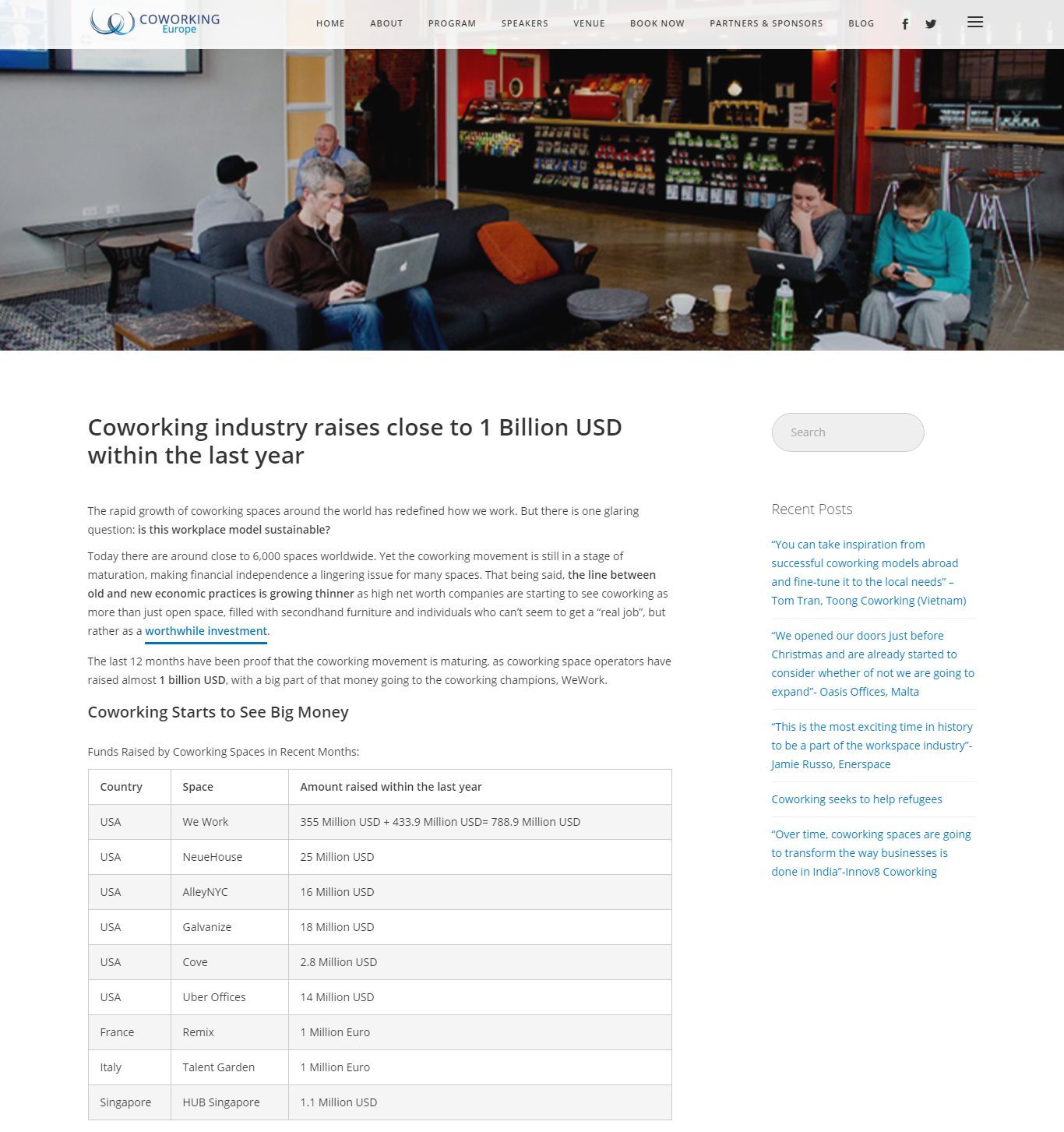 Today there are close to 6,000 coworking spaces worldwide. Big companies are starting to see coworking as a worthwhile investment and this workplace model marks a rapid growth. But is it sustainable?

Recently, the coworking movement is maturing, as coworking space operators have raised almost 1 billion USD. A big part of that money is going to the coworking champions, WeWork.

WeWork is a franchise of shared offices with 39 locations spread across 16 different cities.

In 2014 it was said to have tacked on 355 Million USD, plus an additional 433.9 Million, to their existing net worth. Now WeWork’s total net worth is estimated at 10 Billion USD.

Neuehouse is another shared workspace based in New York City that has attracted some serious attention from investors. It raised 25 million USD in funds from an undisclosed investor.

AlleyNYC is a smaller coworking network, but it also received financial support. It was granted 16 Million in funding, allowing them to offer space to 110 companies and up to 800 extra members.

Additional investments in US shared-office companies make it possible for them to flourish and expand.

For instance, UberOffices in Washington, D.C have accumulated 14 million USD and they will open 3 extra spaces to 4 existing ones.

Galvanize in Denver will also be expanding, adding additional courses, resources and staff members thanks to 18 million USD funding.

Common, a company founded by the General Assembly cofounder, just raised 7.35 million USD. Common is like coworking, but instead of offering desks, it also provides rooms in a communal living space, which provides shared amenities and utilities.

This money will allow them to open more offices, attract more international talents and to introduce more services to young entrepreneurs and companies.

Thanks to a dedicated community, the coworking movement has proven to be much more than just a trend driven by those who don’t want to sit in an office all day. Rather, coworking has set a standard for the future of work and investors are catching on.