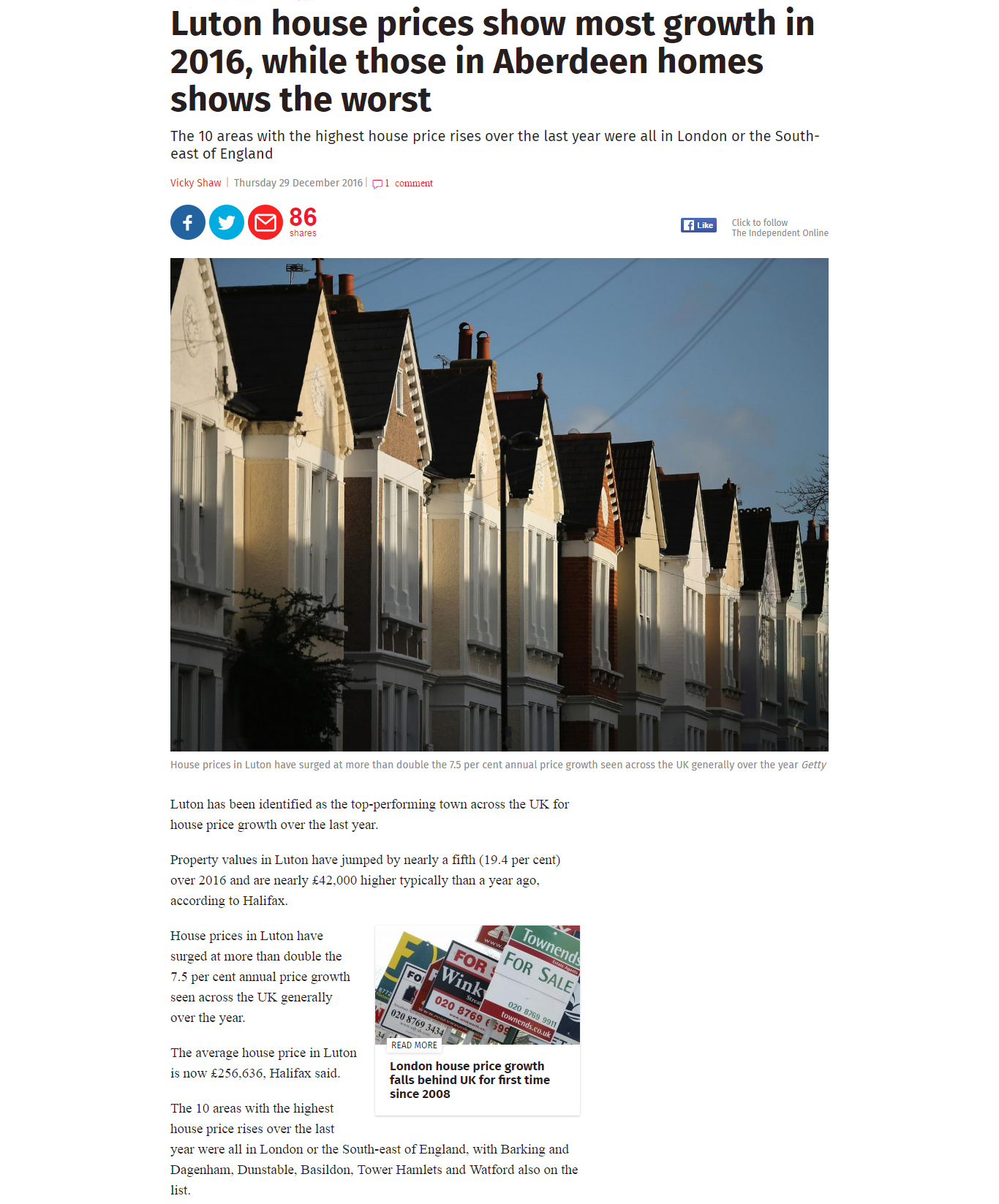 Luton has been revealed as the top-performing town across the UK for house price growth during 2016.

The 10 areas with the highest house price rises over the last year were all in London or the South-east of England, with Barking and Dagenham, Dunstable, Basildon, Tower Hamlets and Watford also on the list.

Martin Ellis, a housing economist at Halifax, said: "Most of the areas that have seen the biggest house price rises during 2016 are either within close commuting distance of the capital or in outer London. Demand in these areas has risen as substantial property price rises in central London over the last few years have caused increasing numbers of people to seek property in more affordable areas.

"A few towns have experienced price falls, with the biggest in Aberdeen, with prices falling by 6.9 per cent to reach £203,425.

On the North-east coast of Scotland, it is highly dependent on the North Sea oil and gas sector. The substantial fall in oil prices in the past couple of years has hit the industry hard with adverse impact on demand for homes in the area. Price declines elsewhere have been modest."