This is where the world's highest-paid expats live 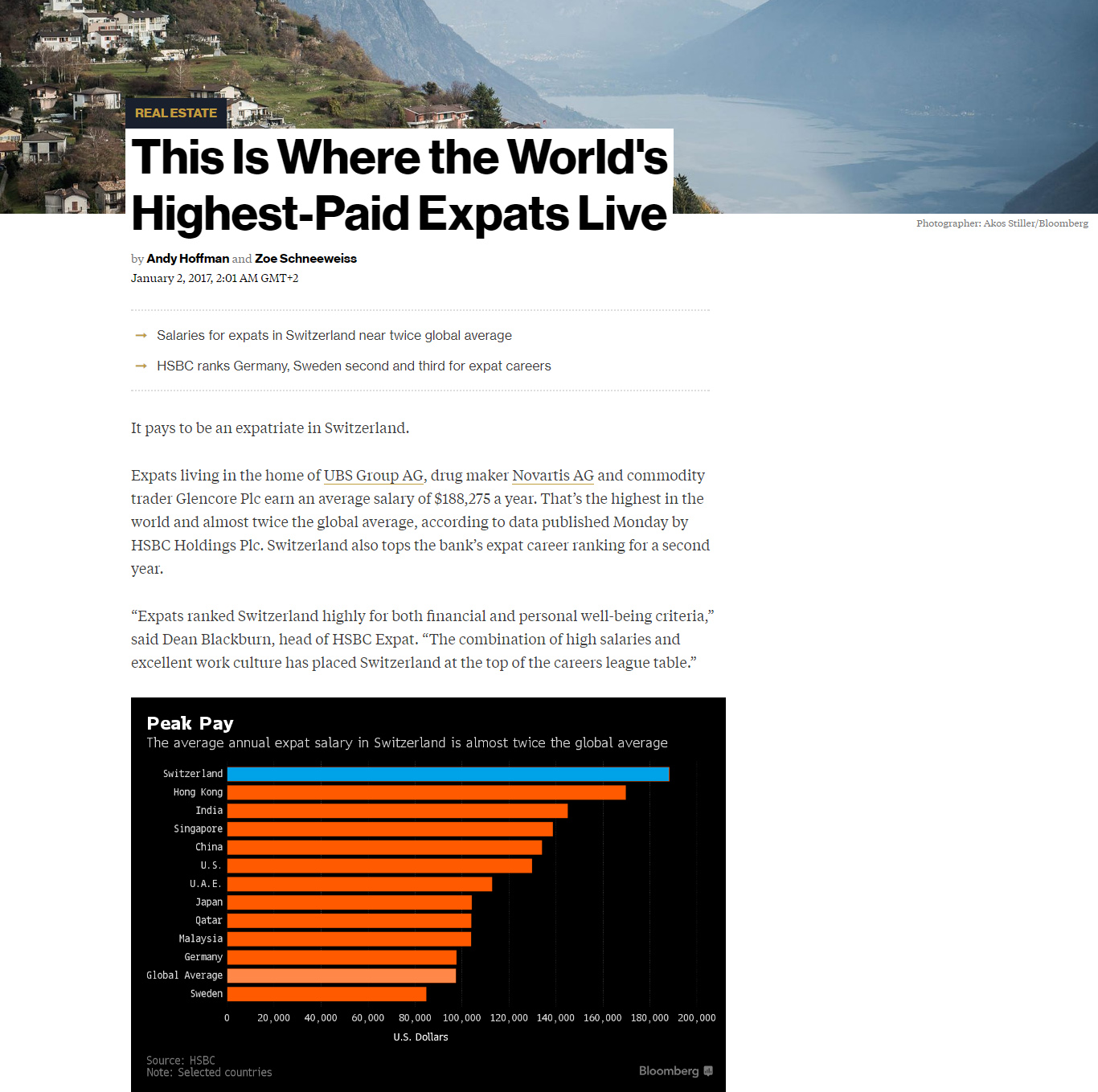 “Expats ranked Switzerland highly for both financial and personal well-being criteria,” said Dean Blackburn, head of HSBC Expat. “The combination of high salaries and excellent work culture has placed Switzerland at the top of the careers league table.”

It isn’t just big paychecks that make Switzerland the best all-round destination for a career abroad. Expats say the work culture in Switzerland is better than the one in their home country.

The cost of living in Switzerland is high, the price of food is 70 percent higher than the European average, while health-care expenses are more than double.

Germany and Sweden are second and third for expat careers according the ranking of HSBC.

“Expats in Sweden and Germany enjoy benefits outside the financial side of work,” said Blackburn. “Germany offers the best job security for expats. Sweden, as well as topping the tables for work culture, is praised by 79 percent of expats for its excellent work-life balance.”

The best employment packages including health benefits, accommodation allowances and trips home are found in Middle East countries such as Bahrain and the United Arab Emirates.

Hong Kong and Singapore topped the ranking for career development. Lifestyle, however, suffered – expats report a decline in work-life balance.